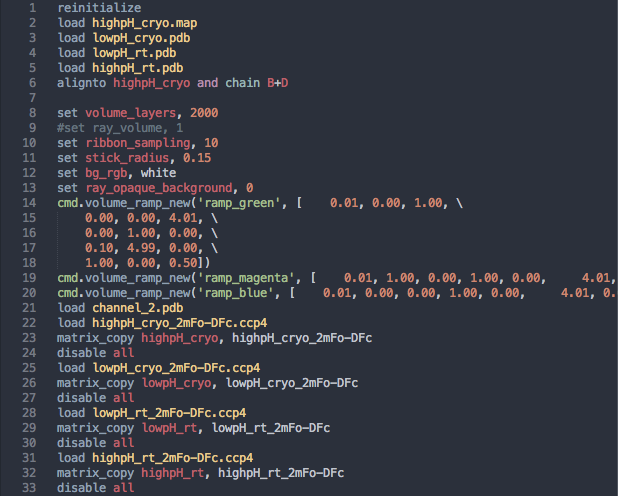 Syntax highlighting for Sublime Text can be installed via Package Control and will update automatically. Alternatively, the most recent edits (pre-release) and the source file can be downloaded from Github. This package is compatible with both Sublime Text 2 and Sublime Text 3.

The syntax file should work with other editors, such as TextMate, with minimal changes.

Sublime text syntax highlighting has been ported to the Atom editor from the sublime text version and should behave identically. The package, named "language-pymol," can be found on the Atom site and installed via the atom package manager.

There is also a different syntax highlighting package available for vim. Behavior differs from the Sublime Text and Atom implementations.