Difference between revisions of "Practical Pymol for Beginners"

Although PyMol has a powerful and flexible command line interface, it can appear daunting to new users. This guide is intended to introduce PyMol basics without leaving the mouse behind.

About the command line

The PyMol command line is a great tool that lets the experienced user change all sorts of options that simply don't appear in the point-and-click graphical interface. It can also be a lot faster. Combined with scripting, it is a powerful option for automating tasks and making intricate changes. Page upon page of PyMol documentation cover these commands, so we're going to ignore them.

Although this guide may include some text commands (like this), they're purely optional and meant to be informative, not required. 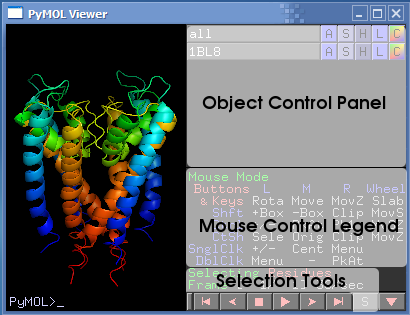 The PyMol Viewer is where the 3D models are displayed, and allows the user to interact with the models. The Object Control Panel is used to change colors, viewing mode, apply labels, remove objects, and just about anything else relating to objects. (An object is normally a group of molecules loaded from a PDB coordinate file.) Each object is displayed by name followed by a set of command buttons which change or manipulate the object. Here are the menus and some of their options:

These instructions cover opening a PDB file and using PyMol as a RasMol replacement. The end result will be a graphic like this: 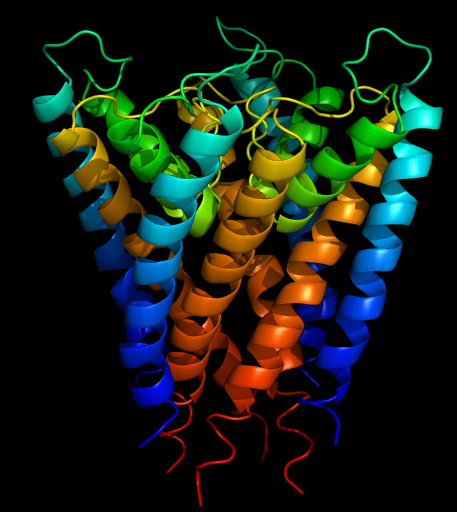