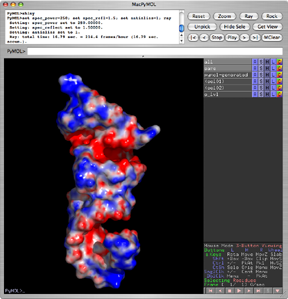 Recent versions of MacPorts (at least 1.8.2) also include a hybrid PyMOL and also apbs. One can install it with